How This Shop Owner Creates a Safe Space For Diverse Communities

In recognition of Pride Month this June, we’ve highlighted talented entrepreneurs and makers from the LGTBQ+ community on Faire. Throughout the month, we’ve spoken to just a few of the many remarkable individuals that make up this diverse landscape of small business owners, from illustrators to candle makers. For our final Pride community spotlight, we’re highlighting The Neighborhood Trading Co.—a lifestyle store in Galena, Illinois selling gifts by independent artists, trendy clothing, and more. We talked to owner Austin Scott about being a young entrepreneur, using social media to attract customers, and creating an inclusive environment for the LGBTQ+ community.

Owning a business at age 21

While most of his peers are graduating from college and beginning their adult lives, 21-year-old Austin is heading into his fourth year as a business owner. At the early age of 12, he began working unofficial retail jobs—like handing out coupons dressed as a Christmas elf—and working part-time at a skate shop. By age 16, the owner of the skate shop, who was now a trusted family friend and mentor, asked Austin to run a pop-up store. He was responsible for staffing, designing, and creating signage. “It was really fun and it taught me a lot of the basics, like how you shouldn’t hire your friends,” Austin said.

From there, Austin began tagging along to buying shows across the country, helping to curate items for the skate shop. When graduation came, a newly 18-year-old Austin was offered the opportunity to take over a new business leased by his mentor. “He told me that someone had once given him a huge opportunity, and he wanted to do the same for me,” Austin said. “My parents thought I was absolutely insane.” But Austin trusted his mentor after years working side-by-side and he decided to jump into the business head-first.

Today, The Neighborhood is a popular staple in the small town of Galena, Illinois. Austin has learned to successfully run all aspects of the business, from stocking the shelves with unique items and managing a full staff of employees to decorating and designing the store’s interior. Despite his age, Austin is confident in his abilities and has learned to shake off any additional pressure. “When you’re young and you get into business, there are people all around you that know more,” he said. “But you can’t let them make all the decisions for you. You have to make sure you’re true to yourself.”

The power of social media

When it comes to buying goods that delight customers, Austin’s years of experience, gut intuition for what will be popular, and social media savvy tactics guide his decisions. He observes his customers to understand trends in both their shopping behavior and their style. “What’s trending right now is literally right in front of you,” he said. “It’s on the customer walking through the door.” He aims to sell unique items—like his bestselling astrology card packs—that are bold, colorful, and ultimately leave customers with a positive feeling. Mostly, he wants to sell products that customers will want to hang on to. “I want people to have a physical connection to an item,” Austin said. “Five years from now, is this something they’re going to be donating?”

Austin turns to social media not only to inform him on buying trends but also to promote his store. With nearly 1 million followers on TikTok, Austin has a huge platform to get people through the door and showcase the vibrant appeal of The Neighborhood Trading Co. “With TikTok, I would film videos at the store and people started noticing products they liked in the background,” he said. He leaned into this piqued interest and began filming videos tailored to viewers’ curiosity about the store. Videos featuring behind-the-scenes interviews with customers and insights into a day-in-the-life of a retail worker gain tens of thousands of views weekly. “I try to do subtle promotion,” Austin said. “In this generation, nobody likes to be told what to buy or have anything shoved down their throats.” When he does directly feature a product, it almost always sells out.

All it takes is a quick visit to Austin’s store—or his social media—to discover which issues are important to him. His store is stocked with shirts that say “We don’t steal from small businesses,” and the store’s floor was recently painted in bright rainbow colors. Last year, Austin did his first window painting to support the Black Lives Matter movement. “Any business has a stage, and that stage is its windows,” he said. After discovering he could creatively support a cause using his storefront he’s worked window painting into his display plans. Most recently, he painted the phrase “All are welcome here,” accompanied by a rainbow and stars for Pride month. “I think it’s important to know who you support and to be transparent about it,” he said. “I want my customers to know that every voice matters.”

Austin hasn’t always been so vocal about his identity and community. “When I was younger, I had a bit of internalized homophobia when I saw people being so prideful,” he said. “Then I traveled and had more life experience, and found that knowledge is truly power. After I went to my first Pride event, I realize that being 100% truly authentic is so border breaking.” Austin found solace in a community that celebrated who he was, and today, he wants his customers to feel just as supported. “Now, the reason I’m so vocal about who I am and who I support is because I want others in the community to feel safe and supported at my store.”

Austin supports other LGBTQ+ owned brands by buying from them year-round, and he encourages others to do the same. “Support businesses that support you,” Austin says, echoing the statement splashed across his homepage. “Do it all year long, and not just in June.” For those who don’t have extra money to spend, Austin says promoting and following them online can be just as powerful.

Why This Accessories Brand Attends Faire Markets: “It Was a No-Brainer” July 8, 2021 We spoke with Powder Design, a brand based in Scotland, about their experience with Faire Markets. 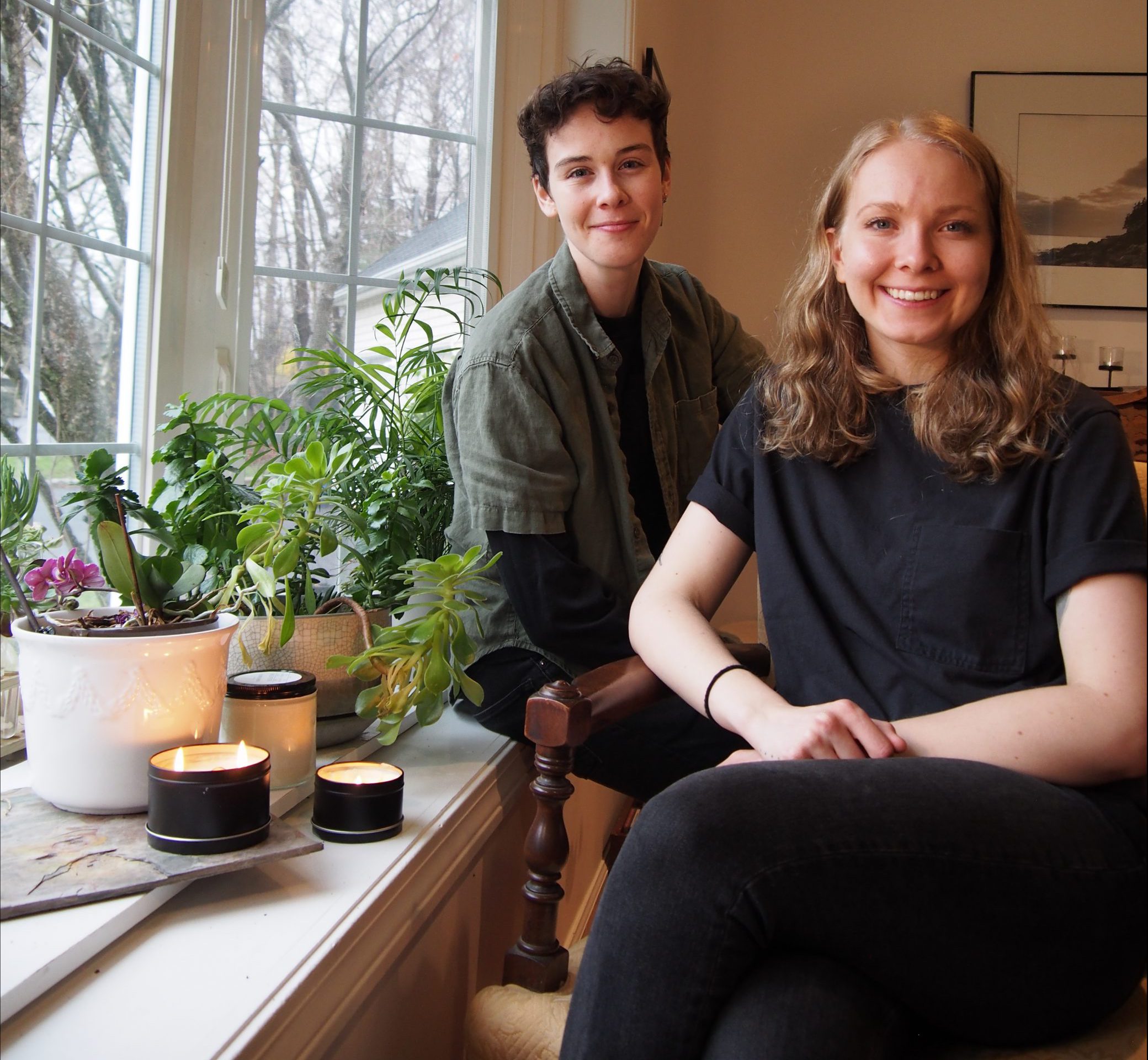 Finding Fulfillment Through Mission-Driven Entrepreneurship June 25, 2021 Co-founders of candle company Queer Candle Co. tell us about how they give back to their community. 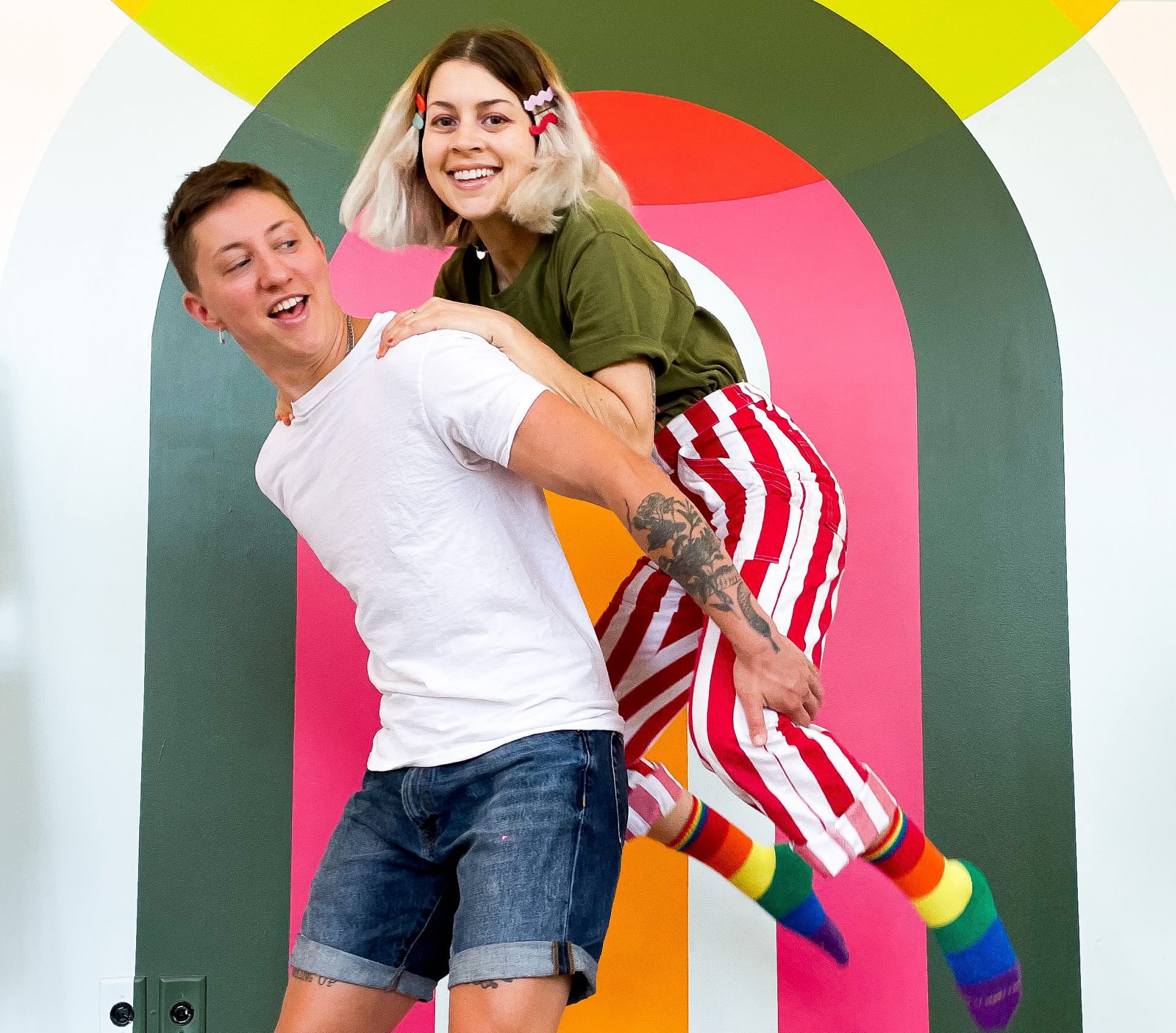 Honoring Community Through Art With Ash+Chess June 22, 2021 Co-owners of stationery company Ash+Chess talk to us about their growth & supporting LGBTQ+ artists.
Back to The Studio