While studying in Colima, Mexico, Sally January became inspired by the artistry of hand-embroidered clothing and small-batch goods. She set out to bring these wares back to her community in Oklahoma. Today, Sally is the owner of  Siempre Viva, a lifestyle brand focused on providing sustainable employment to artisans throughout rural Mexico. The business has two brick-and-mortar shops, one located in Beaver Creek, CO and the other in her hometown of Norman, OK. Her shops feature the Siempre Viva brand as well as ethically sourced products from around the world.

Sally shared the founding story of her international brand and retail concept and what it’s like to manage shops in two different very locations — all while raising twin boys.

Faire: Tell us about your childhood in Oklahoma and how you came to spend time in Colima, Mexico as a young student.

Sally January: I was lucky enough to have access to an exchange program when I was in high school. I went to Colima, Mexico, where I got to learn Spanish and immerse myself in their culture. It really influenced the choices that I would make in the future as far as what I wanted to study in college. I ended up studying international development because I knew I wanted to have an impact on communities that may not be as fortunate or who may be struggling with poverty. I knew I wanted to do something that was bigger than myself.

From my time in Mexico, I was able to kind of build a skillset around how to work with artisans from indigenous villages. It took me a long time to figure out how to turn it into a business model that would make money and empower these women.

Faire: Did you see any differences in how these women promoted themselves as artists?

Sally: I think their pride is just overwhelming. I love hearing them say how grateful and proud they were that anyone would want to wear the clothing that they made. The ability to have access to sell their goods outside of their small villages is really the most impactful.

Faire: How did you come to open your first retail location in Oklahoma?

Sally: It was a 10-year span from college until I switched to retail. I was teaching Spanish at the University of Oklahoma when I had this crazy idea that I was going to fly to Mexico and make this one skirt with one woman in one village. It was a single artisan that I started with and we sold out of every single skirt — which was pretty crazy. It went from that to an entire wholesale line and, in the beginning, I only sold wholesale.

Then I won a contest to get free rent in a store in Oklahoma City for several months, which got me up and going. I quickly realized that I couldn’t come up with enough products to fill my store from my own line, so I started incorporating candles from my girlfriends and wholesale jewelry lines or anything that complemented [the clothing] well. [The concept was what] we call “thoughtfully chosen goods.” Every product in our store either empowers someone else or it gives back in some way, including my line.

Faire: How do you buy and plan differently for your Oklahoma shop versus your Beaver Creek location?

Sally: The markets are very different. Where we’re located in Beaver Creek, we’re inside of a resort, so it’s very much tourist-based. We have a lot more “Colorado” T-shirts here rather than in Oklahoma. But when we buy those T-shirts, we still buy them from a female owned, female-designed and female-printed company. We still use the same buying principles.

Faire: How has COVID-19 impacted your two shops differently?

Sally: It has been a night-and-day difference between Oklahoma and Colorado. In early March, Colorado got hit really hard and things started shutting down here much more quickly than the Midwest did because of all of the people who traveled in [to Beaver Creek] from other places. Because of that, I had the [Colorado shop] store shut down a much longer amount, whereas my Oklahoma store closed much later and was able to reopen with limitations earlier.

Faire: On top of juggling two states’ local guidelines, you also have to juggle two landlords. What advice would you give to other retailers trying to navigate the process with their landlords?

Sally: I have two different situations. In Oklahoma, I have a landlord who invested a large amount of money into the space. I just moved into it and I have a long lease, so he needs to recoup that money. Approaching him, I asked, “How can I spread this out over time so I can succeed?”

Whereas renting from Vail Resorts in Colorado, in a tourist town where we had to close for four months, was a totally different conversation. That conversation was more about renegotiating the lease altogether.

My biggest piece of advice is to not settle with the first offer given. There are lots of options to negotiate and to protect the integrity of your business long term. I think most landlords respect that.

Faire: What steps are you taking to keep your customers safe during the pandemic?

Sally: I’m trying to follow the Eagle County guidelines. There is a form that you download and a 72-item long sanitation checklist that you have to post in your storefront. It’s really important to follow the county’s guidelines.

Faire: In what ways have your six-year-old twin boys inspired you during this time?

Sally: We have a family motto that is “work hard, play hard.” My biggest goal is to show them that I can fail, I can succeed and that every day I show up no matter what, even when it’s difficult.

The reason my business exists is because I want to show them that they can do anything in the world they want to. I came up with this crazy idea with one artist in one community, and now we have 24 artisans across three states that have been working with us. I have two stores in two different states. The sky is really limitless.

Faire: What do you see the landscape of local retail looking like?

Sally: I think that if everyone can have a little bit of grace and absorb some loss, then everyone can come back. We are so connected with technology. Faire is a perfect example — although I missed trade shows this summer, I’m able to still do that buying. I’m able to reduce those costs and take advantage of some of the federal aid programs, then tap into our local following and community who truly support us. As small businesses, we are so lucky to have that connection with our customers, whereas the larger stores may not have that and can’t dig deep for sympathy, or empathy, or support online and at your storefront during this time.

I think that with the combination of tapping into all those resources and tools that are presented to us, a lot of the small businesses can succeed. 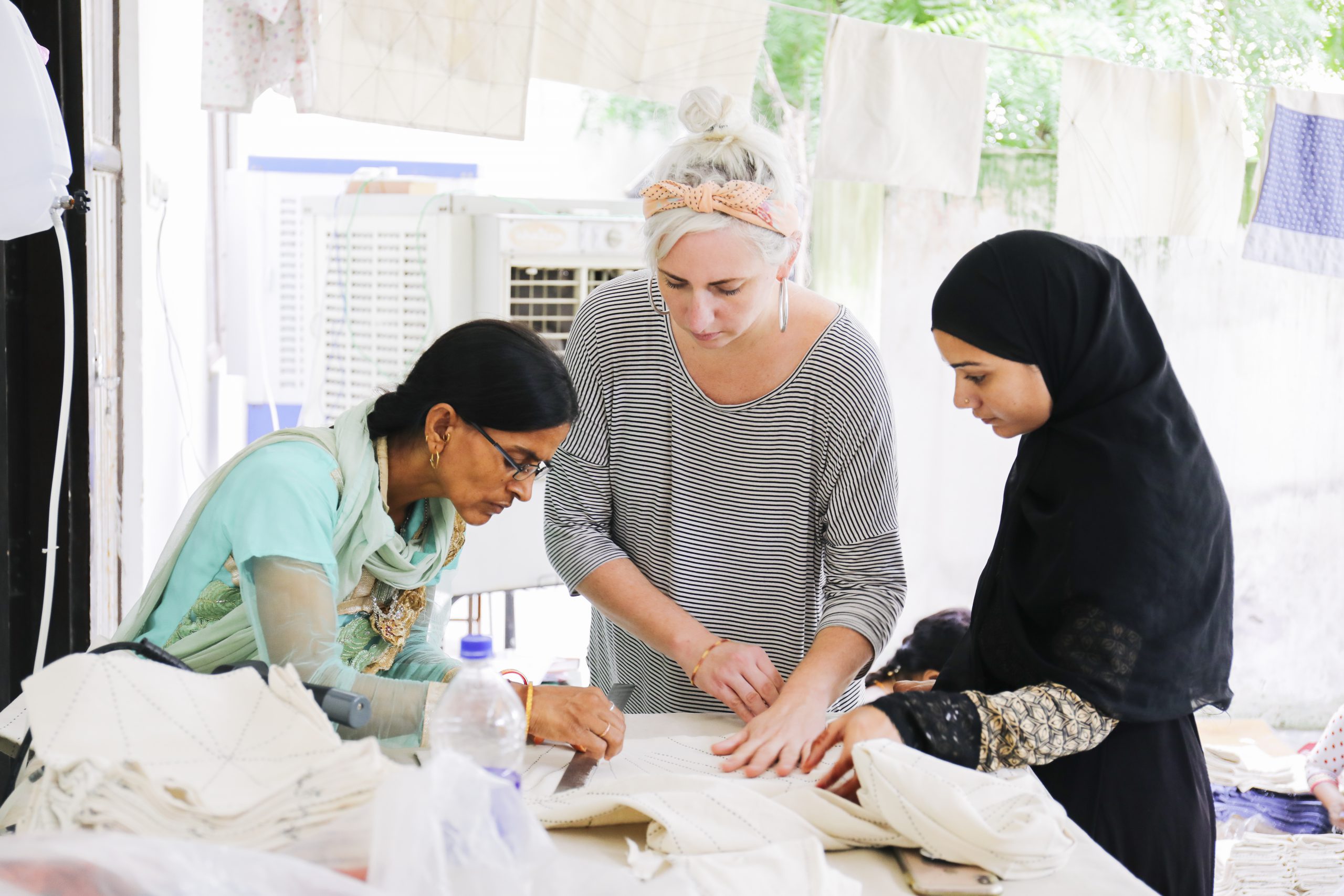 How This Sister Team Joined Forces for Good Through Fair Trade September 9, 2020 Meet Colleen and Maggie Clines of Anchal, a non-profit supporting female artisans in India through fair trade. 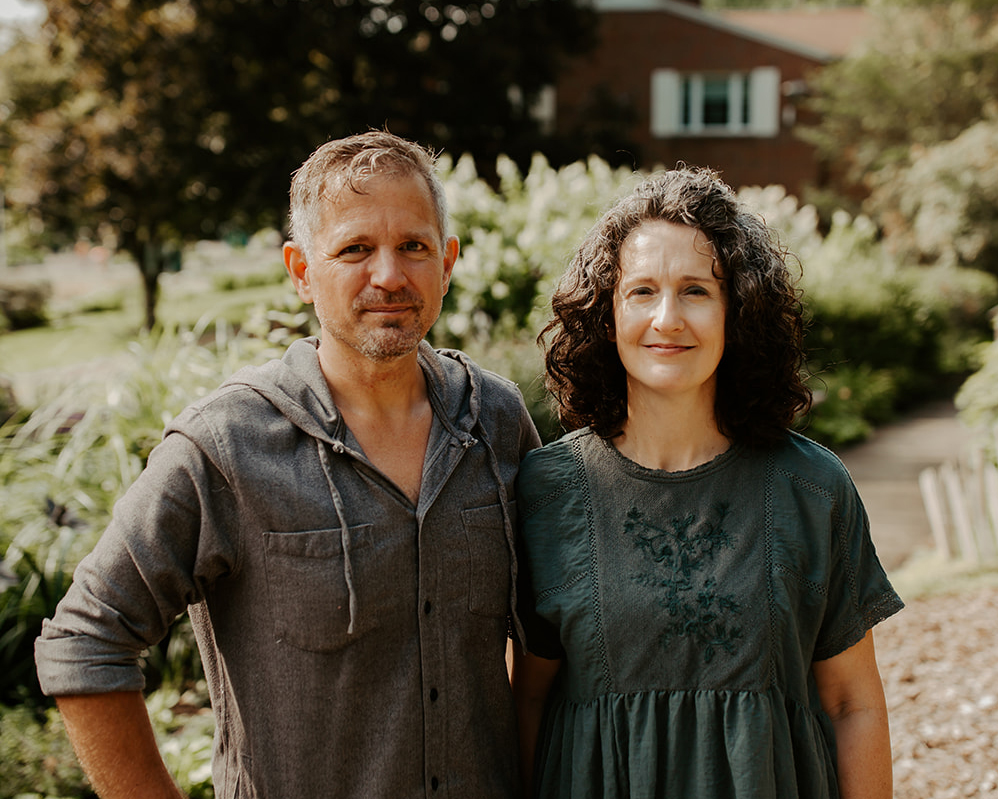 How this Couple Brought Their Love of Bangladesh to the U.S. September 3, 2020 Austin and Marita Miller turned their passion for ethical Bangladeshi goods into a business.

How This Family-Owned Beverage Brand Increased Their Sales by 75% August 17, 2020 We chatted with Anthony Nastasi of Nectar of the Vine about how he’s grown the business while saving time.
Back to The Studio